Big thank you to Tree of Hope

I want to say a Big thank you to Tree of Hope and all their amazing staff and encourage people to visit there site, Tree of Hope offers hope to the families of sick children in the United Kingdom and Ireland who need specialist medical surgery, treatment, therapy and equipment in order to free them from suffering, giving a better quality to their young lives.

When Alyssa suffered a severe brain injury after coming so close to death, she couldn’t even move her eyeballs at first but then slowly began regaining some control. She was sent to Tadworth for 3 months for rehab but due to the high cost of Tadworth the primary care Trust wouldn’t fund her with the therapy she much needed any longer because of budgets and she was sent home after just 3 months and then once home her therapy was unjustly reduced once again to if lucky once a month again because of budgets even though this would have a negative effect for her recovery.


To do anything independently again she needed therapy and equipment, to be able to walk, talk, use her arms and legs, control her head, feed herself , and roll in bed, She waked each day trapped in her own body that wouldn’t do as she tells it. As parents we were at a loss, we were adapting to Alyssa having a brain injury which left her profoundly disabled with constant 2:1 care needs and were on the go 24/7 and then some while dealing with the grieve of seeing our little girl suffer so much, Alyssa needed long term support with therapy from a paediatric neurological physiotherapist, OT and speech and language weekly at least but a paediatric neurological physiotherapist was £120.00 per session, Occupational Therapy £70 an hour and speech and language £65 a session which was £1020 a month we just didn’t have, as parents we were completely devastated we were already starting to see our daughter regress because of the lack of therapy.

Tree of hope stepped in and gave Alyssa £500 for therapy straight away to stop that regression and gave us a way to fund raise through them, people’s Faith was now my daughters Hope and every penny raised went to Tree of hope and Alyssa’s therapist’s invoiced them, our daughters quality of life has continued to progress as a result while we fought the unjust decision to reduce her therapy, After a year and a half of fighting MCH, the ombudsman ruled that there had been an injustice to Alyssa when her therapy was reduced, The LA have now agreed Alyssa’s finalized Educational statement which says Alyssa needs weekly physio and SALT and fortnightly OT,

The LA have agreed to provide it in the term time for a school year and also has agreed to provide daily conductive education in the home for her education, the money left in Tree of Hope is therefore needed for equipment and non-term time Physiotherapy as a break in Alyssa’s rehabilitation could hinder her progress, we appreciate everything everyone has done for Alyssa, any money not spent in Tree of Hope for Alyssa would be used for other children that need it.

Without Tree of hope Alyssa would have regressed and never gained as much quality of life as she has since her brain injury, please visit and share their site, there are many children out there in the United Kingdom who need Help that will become silent victims of this government’s austerity cuts, little children are being denied what they need for a better quality of life, our whole life was turned upside down in 24 hours when our daughter almost died, we didn’t see it coming and could never have predicted such a tragedy, when your child suddenly needs 2:1contest 24 hour care you have to give up your work and even your home, this is a nightmare any parent in the United Kingdom could find themselves in and its things like Tree of hope that will be there to help your child , so please raise as much awareness of Tree of hope as you can ! 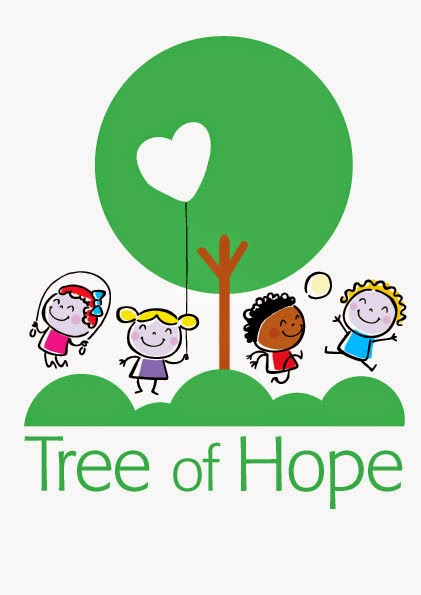